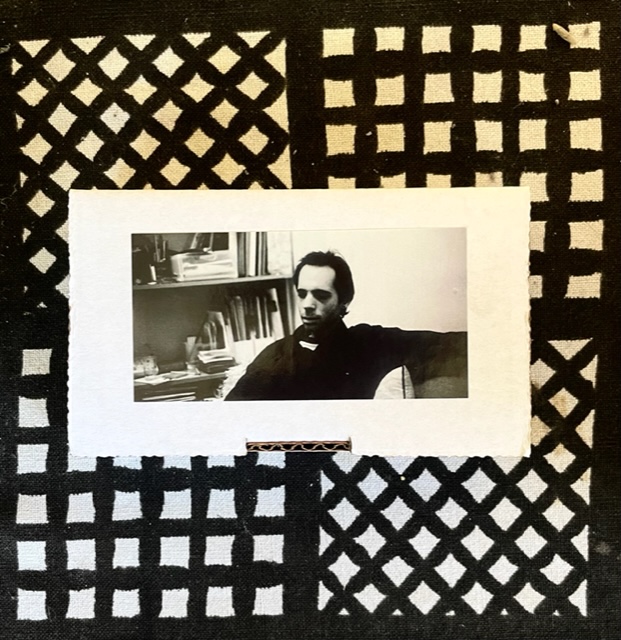 here is a contribution from alan licht of two solo live performances from ten years apart in brooklyn, ny. presented on cassette with letterpress details and hand assembled as haha hq in los angeles, ca.

upon starting haha, i made a list and wrote to everyone i’d wished would be interested in contributing. alan was in fact the first person to reply and also to submit something. a single side recorded live at union pool in brooklyn in 2019 at a concert in celebration of loren connors birthday. i listened to it on a hot early morning in my kitchen while i was making coffee with the windows wide open. the world was still rather bound up and the recording acted as most communications did for me at that time. something like receiving a letter at a miserable summer camp i wished i wasn’t sent away to. every communication at that point is a phantom embrace. the recording similarly reminded me of everything i felt i was missing. and as my concepts surrounding music were being revised especially amid the traditional methods of experiencing it being brought to a halt, it brought me to a musical experience i so longed to experience as a future. he chose to pair it with another concert from ten years prior at roulette. alan’s music always has this interesting pull over my senses. as music starts, yr mind begins working too hard. you cycle through all the things until at some undetermined point it just sorta stops and then at some point later on, you become conscious of that fact. somehow you were led into this place of emptiness. slowly new objects become available to yr perception, not unlike yr eyes adjusting to darkness. and for once, perhaps because you stopped looking for it, you can see fully the totality of things. -emmett kelly

limit 1 of each per order

cassette out of stock